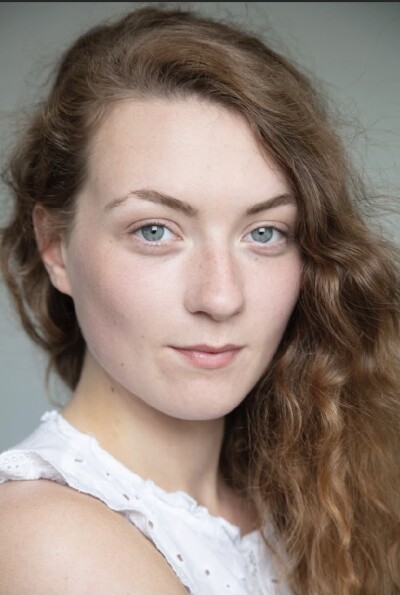 Cat Williams is a Donegal native, living and working in Dublin .

After completing 3 years training at DIT Conservatory of Music and Drama, where she received a 1st class honours in (BA) in Drama Performance, she has been working on screen and stage in Ireland and the UK.

With a history of musical theatre, Cat has leaped into roles such as Eponine in ‘Les Miserables’ (Millennium Forum, Co. Derry, 2015), and more recently Depris in ‘A Little Heart’ (Smock Alley Theatre, 2019).

Continuing with her love for theatre, she has appeared on some of Ireland’s favourite stages including, The Peacock Theatre with ‘The Patient Gloria’ (2018), Smock Ally Theatre with ‘Half Promised Land’(2018), and ‘Animals’ (2020) and The New Theatre. Following the outbreak of the pandemic, Cat took to the outdoors with a devised theatre production of ‘Alice in Wonderland’ (2020) in Murvagh Forest, Donegal.

In 2019, Cat began working with Kourouna Films in Wales where she played Niamh in ‘The Midnight Court and Other Aislings – Short Film’(2019). The Midnight court was selected for the 2020 Still Voices Short Film Festival as well as the Fastnet Film Festival in Schull, Co.Cork.

Forthcoming TV credits include playing Melkorka in ‘Victims of the Vikings’ documentary, due to be shown on TG4 Spring 2021

Forthcoming voice credits include voicing Mia and Freya in RTÉ’s new cartoon Royals Next Door, due for release Summer 2021.