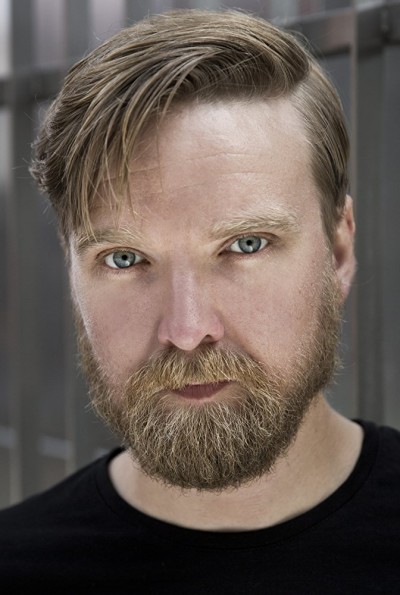 Ciaran has been working in the film and theatre industry since 1998. In 2003 he graduated from the Theatre Studies programme at Inchicore College and later went on to train with the Irish Dramatic Combat Academy. Ciaran has trained extensively in armed and unarmed stage combat in Ireland and the USA. He is among Ireland’s leading experts in theatrical violence and as well as acting he regularly works as a stunt performer, stage combat instructor, and fight director.

Theatre credits include Julius Caesar (Abbey Theatre), Shrewsbury Road (The Jack Burdell Experience), The New York Monologues (Focus Theatre), Moonshine Travellers (Aiken Promotions), The Cripple of Inishmaan (Fiasco Productions), Spoon Fed (Dublin Fringe ’05), and Romeo and Juliet (Inchicore College). Ciaran has been a member of Whiplash Productions since its inception in 2006. With Whiplash he has worked as an actor, fight choreographer, and production manager in shows such as Red Line Deadline, Spartacus: Highway to Hell, and the critically acclaimed War of the Roses Trilogy.

Ciaran teaches stage combat at the Gaiety School of Acting and the Lir Academy and has choreographed fights for a great many of their productions over the years, most notably True Pirates Never Die, Twelfth Night and Pericles.

As a member of Stunt Register Ireland Ciaran has worked as a stunt performer on many productions including  Cold Courage, Vikings, Mary Queen of Scots, Into the Badlands, The Kid Who Would Be King, Red Rock, The Cured, Penny Dreadful, Jekyll & Hyde, Pilgrimage, and Reign.