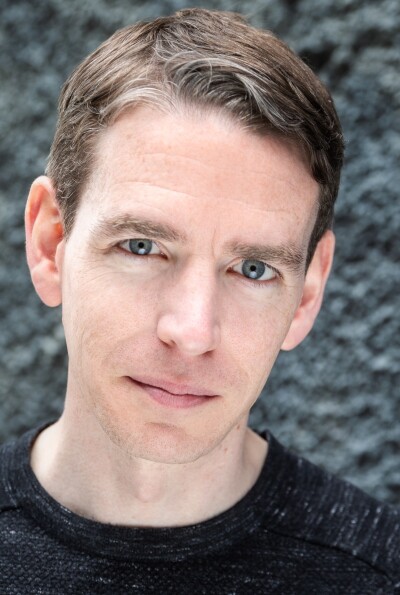 A Kerry native, Eoin has been living and working in Dublin for over 20 years, and acting professionally on stage, screen, and behind the microphone since 2016.

Eoin’s latest theatre role was as David in the debut production of Pheromone by Lipzinc Theatre, broadcast online from The New Theatre in May 2021 for a global audience.

Previous theatre credits include roles Barney Carey Gets his Wings with Barnstorm Theatre, Dolly at Edinburgh Fringe with Lipzince Theatre, Tuesdays with Morrie at Smock Alley with Money for the Sun Productions, and Orson Welles Christmas Carol with AboutFACE Theatre.

Eoin also directed It Beats for the Short+Sweet Theatre Festival 2019, which was nominated for multiple awards including best director.

As a filmmaker, he worked as director and DOP on micro-short films Gathering Dust and Deli-Life which screened at Underground Film Festival and Galway Film Fleadh 1-min festival.