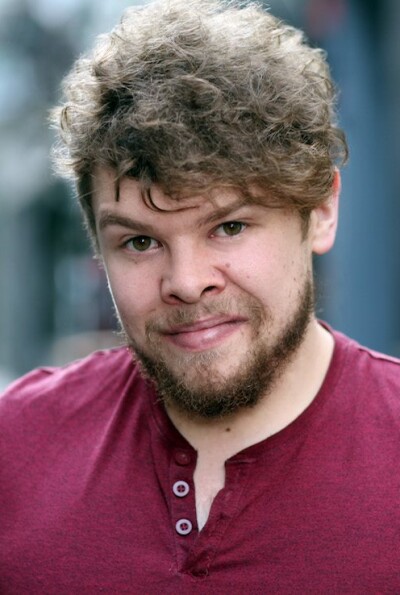 Tom has been acting since the age of 4, on both the stage and screen. He is an avid fan of Musical Theatre and his previous credits include both Fagin and Dodger in “Oliver!”, Rooster in Annie and The Cowardly Lion in “The Wizard of Oz“. Tom studied at the Reynold’s Academy of Performing Arts in Dundalk, where he achieved his Diploma in Acting and completed his grade 8 Royal Irish Academy with Distinction. He was also the recipient of 4 Permanant TSB High Achiever Awards (3 for drama, one for playing flute) and performed Shakespeare for the president at a Variety gala.

Tom also attended D.I.T. where he received his BA in Drama (Performance) and graduated with a 2.1. Following his departure from D.I.T. Tom attended Bow Street Academy of Screen-Acting, where he completed the Full-Time Programme. His most notable screen credits are a successful McDonald’s Ad Campaign, and he played the part of “Peter” in the award-winning feature film “Writing Home”.

He also has a great deal of experience doing VO work, most recently having played “The Goblin” in Kenny Chumbley’s “The Goblin and the Gravedigger”, which ran on both Irish and US radio stations.

As a past member of the Cross Border Orchestra of Ireland, Tom played the classical flute in both the Lincoln Centre (US) and the World Expo in Shanghai, and his additional skills include swimming, scuba diving (PADI), stage combat (Unarmed, Rapier & Dagger), Improv and Singing (MT, Baritone).

Tom’s more recent credits include the role of Barry in RTE’s new television series “The Dry” directed by Paddy Breathnach. He has also just finished a run as John Proctor in The Crucible directed by Ultan Hodgers.